How to setup a public and private key and use it to protect your VPS?

Setup public key for SSH is a secure data transfer protocol that allows users to copy data from the client to the server in an encrypted and secure way. With the SSH key users can easily identify that the connection from their system is secure and they can now pass data between the two systems.

With public and private keys users can easily eliminate the need for static passwords. With these stored keys, they don’t have to write passwords, again and again, to connect to the server. Instead, they can store the SSH keys on the Virtual Private Servers (VPS) and connect automatically.

What is public key authentication in SSH? 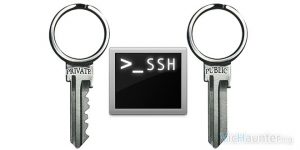 In general language, we use passwords to protect our files. Consider these public keys as passwords that protect the communication between the client computer and the server. Unlike 8 to 20 character passwords, the public and private keys are in bits ranging from 1024, 2048, or 4096 bits.

These keys are stored in .ssh/authorized_keys. This way when the information is passed, it is locked and can only be unlocked through your private key.

Here is how to setup public and private keys for VPS using SSH.

First of all, you will need to create public and private key pair for SSH connectivity with the VPS server.

To create a key pair on the client side, you will have write the following commands in the SSH.

But you will need to first create a folder where you can keep the keys. The folder will be secure with a passphrase. However, you can leave the passphrase empty if you don’t want to set one yet.

Therefore, the above command will create two keys (one public, one private).

Here you need to store them in a folder. Here is how to create on using SSH.

Next, you will have to copy the public key to the VPS server so that you can use it. Or, you can copy it to the folder on the VPS server using this command.

Furthermore you can connect to the server without using a password to connect.

Type the following command in the SSH:

If you have a few keys, you can specify what key to use with –i argument.

That’s it! Now, you know how to create SSH keys for your VPS!